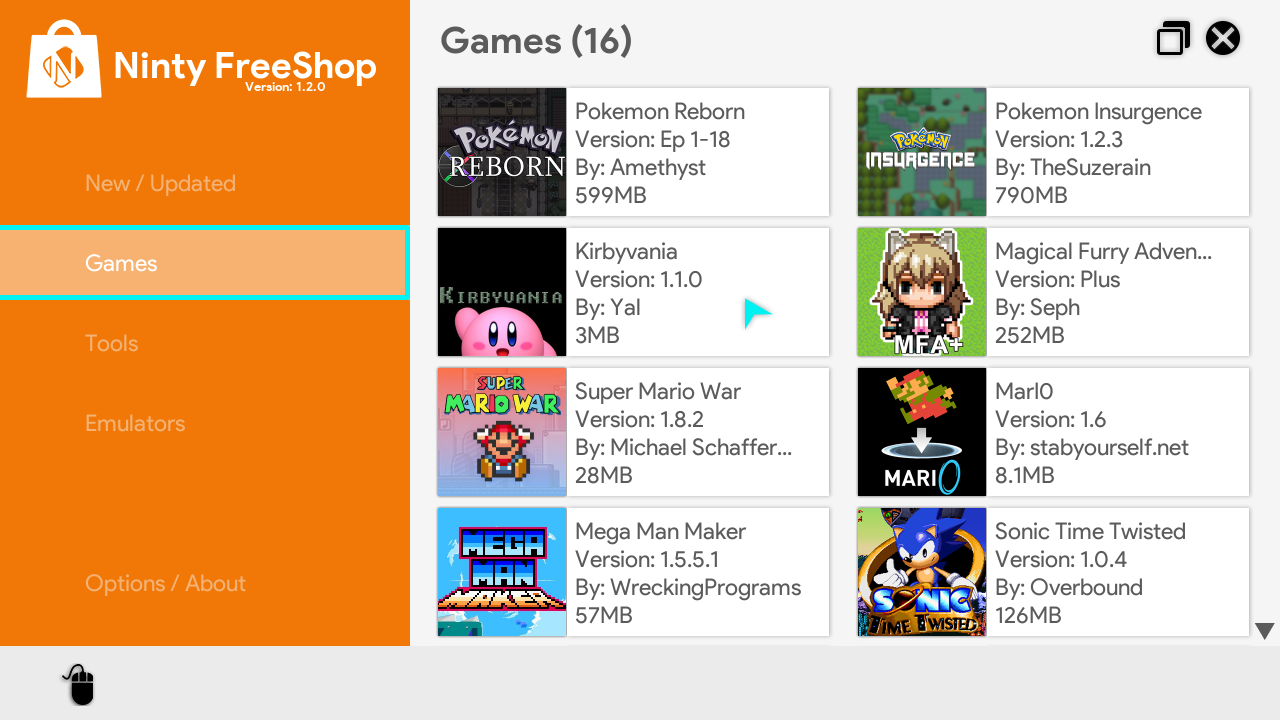 No, Ninty FreeShop is NOT a pirating tool, despite its name, Ninty FreeShop is a simple addon app that i made for something called the Ninty Launcher (which you can find HERE) that emulates the feel of a Nintendo Switch in the form of a launcher for games and apps on Windows.

Ninty FreeShop is the eShop equivalent of Ninty Launcher, emulating the feel of the eShop to fit the style of Ninty Launcher and is used to automatically download and add fangames, emulators and applications directly to the launcher.

Although the amount of games, emulators and apps are a little bit limited at the moment, there is still a good amount of fun fangames to try out if youre interested or if you already have Ninty Launcher installed, so give it a shot and let me know what you think about it, what i should add or change or if you have any suggestions for stuff i should add (although it must be freeware and available to download online).

If you want to check it out you can head over to our discord server for download links, its also where i post updates and where i can help with any issues or questions you might have, or if you want, you can check out Ninty Launcher’s official discord, all the links will be posted below.