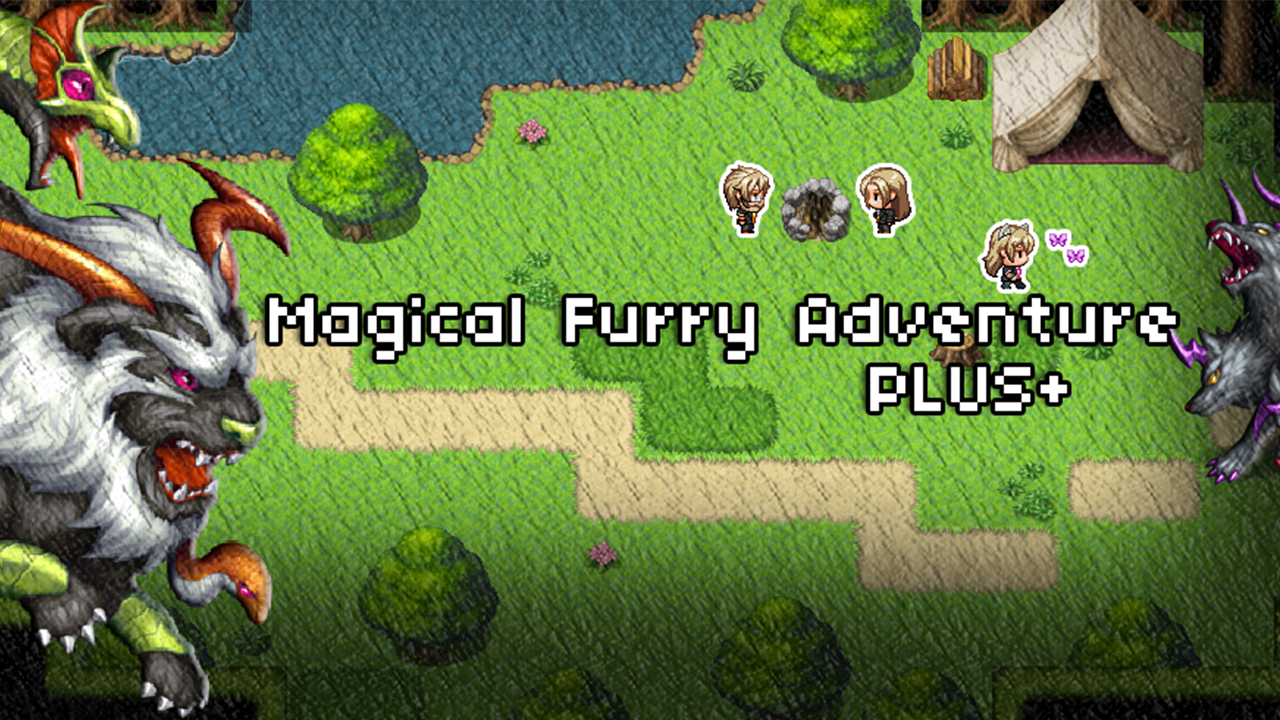 I feel like i need to add a disclaimer here, please don’t be scared, this post is not related to actual furries.

A few years ago, at the same time as RPG Maker MV came out i made a small test game, just to try out the features of the program, that game was called Magical Furry Adventure, it was a silly little game that i put very little thought into at the time, it ended up becoming my test game for all kinds of stuff including exporting RPG Maker games to android.

Once in a while i still get contacted with questions and thoughts on the game (surprisingly enough) so i figured id make some things clear in this post so i have something to point people towards in the future.

First off, this technically being a test game, i probably wont update it anymore at this point, it was meant as a proof of concept and a test for exporting these types of games to android for people who are curious about how this works and how well they run without too many optimizations.

Now, if you genuinely want to play the game for what it is, i suggest either using a newer device (like i said, its not that optimized, so it would lag and have problems on older devices) or play the PC version directly from your browser which im going to upload and include at the bottom of this post.

As for questions about the story or a sequel, i did start making another game in the same universe but its still far from done, even though ive been messing around with making it for years, its just one of those projects that i might never finish, but who knows, maybe eventually.

Anyway, that’s all i wanted to say, hopefully this clears up a few things for anyone curious, again, if you want to play the game, il put all the relevant links below.